Fans have returned to Selhurst to find that this could be a repeat of last season's home form, says Robert Sutherland. 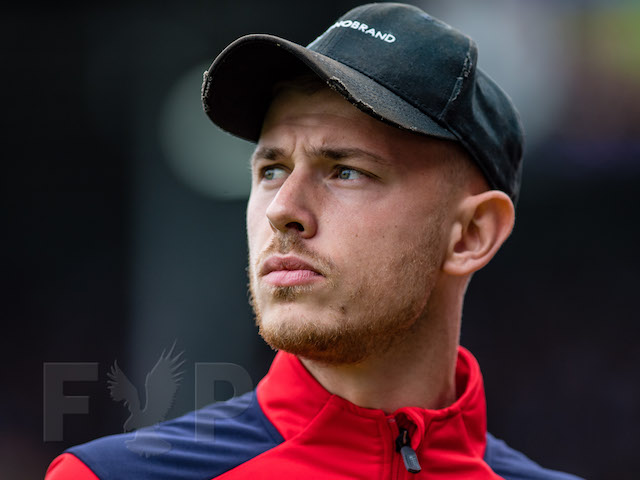 Palace had three chances. Three opportunities to collect three points. Three moments in time, where time stood still and the goals were there to be taken. But Palace missed them all; the side’s profligacy in home games following the theme of last season.

So well established is this theme that there was an inevitability about how they were missed. Max Meyer, who’d had an otherwise impressive game, snatched at the opportunity put before him, while Jordan Ayew did the same when he was put clear on goal by Christian Benteke. And Benteke too was wasteful when an opportunity he should have gambled on was cleared by Lucas Digne unchallenged.
While there is a case to be made that the home side should be creating more than just three goalscoring chances, its the quality of opportunities that matter and of all those presented to Palace's attack, the chance that fell to Jordan Ayew had the highest xG rating at 0.53. Chances taken from that spot typically result in a goal more than 50% of the time -- but not this one. It was also the highest xG rated opportunity of the game.
Benteke's lack of killer instinct meant that what should have been an opportunity for him didn't even register on the xG map; had he made the run expected of a striker, it might have done.
Palace's problem isn't just that lack of instinct though. You get a sense with the club's home form that that rigid approach to passing in small pockets of space means the players look for that extra pass rather than an opportunity to score -- its as if their thought processes are clouded by the need to pass the ball rather than to score.
The result is that, despite finding themselves in good attacking areas on multiple occasions, that desire to find the perfect pass meant those opportunities were limited. And the club's strikers, tasked with taking opportunities, had just three touches in the opposition's penalty area throughout the game.

This isn't meant to be a critique of Hodgson. You rely on the players you put out on the pitch to create and take chances. Palace created them, but the players that were presented with those chances failed to take them.
One of the stand-out issues is Benteke's lack of instinctive attacking play, and that has been problematic for some time. It's not just that Palace aren't giving him the right kind of service, it's an issue that he's failing to make the kind of runs expected of him, or to read how his teammates are shaping up to try and find space that can be exploited.
While the Belgian striker did a much better job in the second half, dispossessing opponents and driving the ball forward a little more, there's still a sense that he's lost that instinctive edge the club paid £30m for. According to Understat, Benteke didn't have a single shot on goal. And given the lack of a striker signing, Palace are betting on him rediscovering that edge. It's a big gamble.
Despite all the frustration that those missed chances resulted in, there were plenty of positives. Palace looked energetic, and in the second half, a lot more intense. There was a defensive solidity thanks to the reliability of stalwarts Joel Ward and Scott Dann, and in midfield Palace didn't cower despite considerable pressure.
These early games are also a little like pre-season; you can't take the performance from one game and apply it to the whole season. What is clear though is that, if Palace are to make their home form more formidable, they'll have to make chances count -- otherwise Palace's fans will just see a repeat of last season's Selhurst disappointments.
Tweet
back to top
Tweet