Our delayed second goal breakdown (to help fill the international football void) takes us back to The Taxpayer Arena. Having levelled the scores once already, Gallagher capped off a Man of the Match performance against West Ham by drawing Crystal Palace level for a second time. Here is Route to Goal #2, Conor Gallagher.

While higher wing-backs were on show in pre-season, it had been a missing factor in the season's opening two games. Patrick Vieira's half-time changes appeared to push both Mitchell and Ward further up the pitch. It would be the more defensive of the pair to start this move.

After the kick-off, Joel Ward starts the attack by playing a 1-2 with Ayew to get open. Ward's pass is driven into Christian Benteke's feet as he continues his run into the West Ham half. 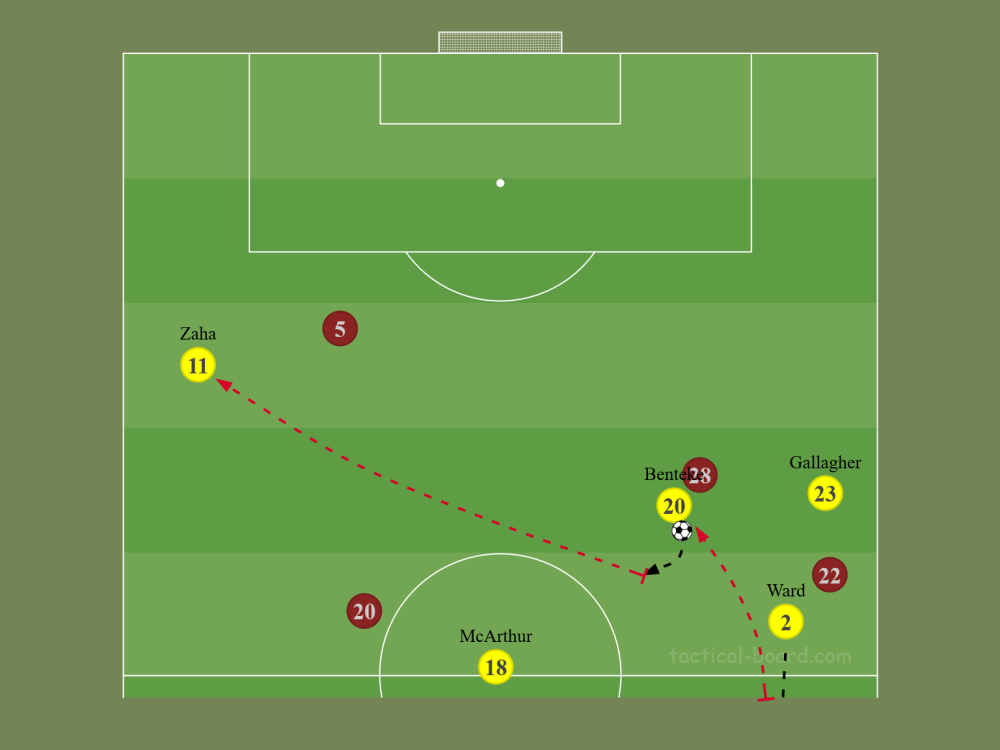 Turning away from Souček, Benteke repositions and switches play out to Wilfried Zaha on the left flank.

Having taken possession out wide, Zaha holds onto the ball as the Palace players push forward. Mitchell's decisive run beyond the ball drags Bowen away from a potential double-team situation for Zaha, as both Palace full-backs end up the highest players in attack. 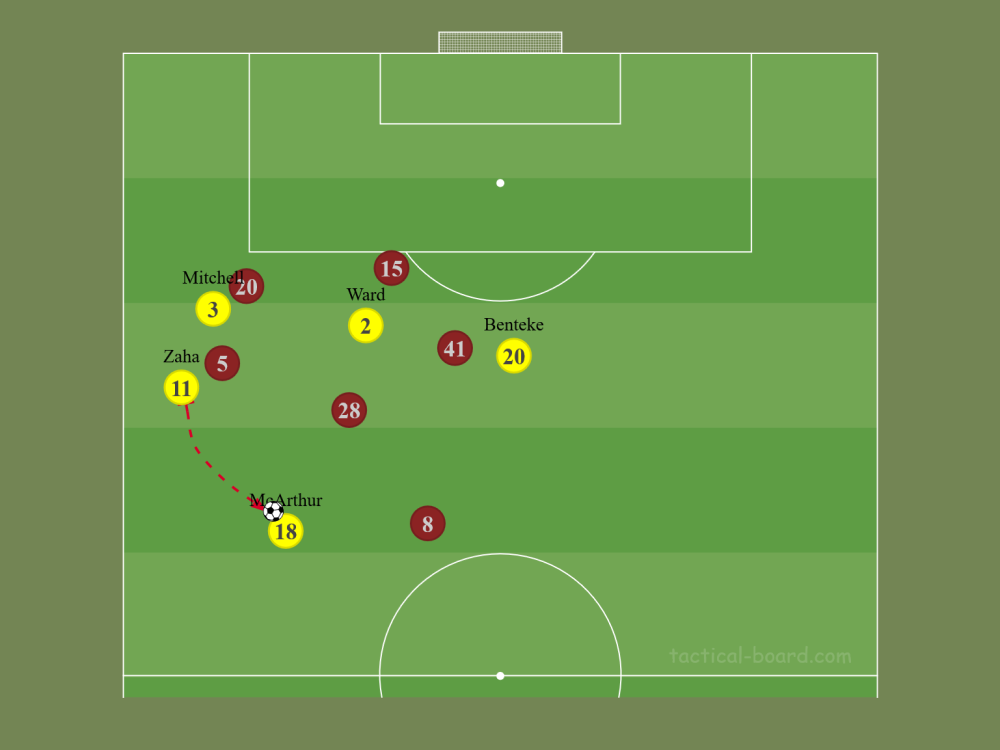 Afforded time and space, Zaha plays back to McArthur, who had taken up a supporting position.

Zaha continues to make a run down the left flank, as both full-backs now exit their attacking positions. Given a channel to run into, McArthur follows in Zaha's wake rather than looking for an initial pass, laying it back to him. 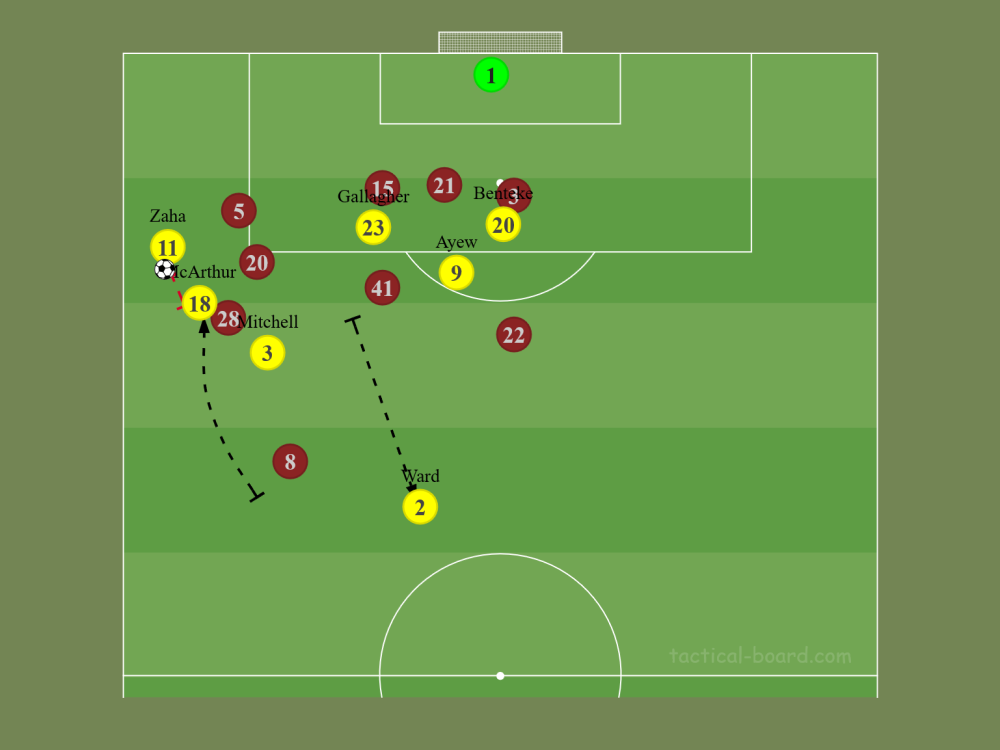 Palace is now 2 vs 3 out wide but has managed to get three attacking players into the area, a focus Vieira spoke of after the Watford cup match. With Zaha back in control and seen as the main threat, Souček and Coufal allow McArthur to find space between the three defenders.

Getting the ball back from Zaha, McArthur evades Bowen, who overcompensates for his poor positioning, as he lines up a cross from the corner of the box.

Palace, effectively still 3 vs 3 in the box, as Rice finds himself in no-man's-land and with Benrahma slow to track back, Gallagher can get the ball into feet from the McArthur cross.

Showing excellent composure, Gallagher capitalises on the chance as he turns fantastically away from Craig Dawson, driving the ball low for his second goal of the match. West Ham will be disappointed with the quality of their defending, but Vieira will be delighted with the way Palace worked the ball into the area.