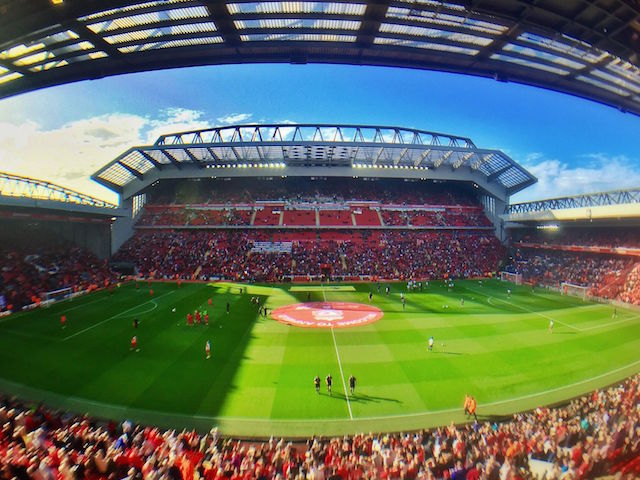 Liverpool are five games away from having a very, very good season. If they can secure Champions League football for next season, then there's no disputing Jurgen Klopp's first full season will have been a success. Securing Liverpool a place at Europe's top table was why he was brought to the club.

It's not the time for his side to have another 'f**cking loss against Crystal Palace', to quote the German, but then again, we do seem to like it at Anfield.

I'm not belittling the task ahead of our lot on Sunday but the previous two wins at Anfield may be on the mind of both sides as they walk out on the pitch. Both wins, particularly the party pooping 3-1 win two years ago will live long in the memory. Not only the result but the performance was brilliant; you might argue the best under Alan Pardew.

This season, Liverpool have hung around the top of the league since the off. There was a time when they were expected to mount a serious title challenge but that fell away during the mid point of the season. There was also a suspicion that they might be squeezed out of the top four but recent, dogged wins at Stoke City and West Brom having highlighted the fight amongst this group of players and in Klopp, they have a manager who knows how to get teams over lines. With the end of the season in sight, a win over our lot on Sunday will be a big step to a return to premier European competition for the club.

A raft of Liverpool players have had decent seasons but with the squad suffering a host of injuries in recent weeks, it's been the squad as a whole that have impressed. When important figures have been unavailable, squad players have stood up and filled gaps very effectively. On Sunday, Liverpool are likely to be without Joel Matip, Jordan Henderson, Adam Lallana and Sadio Mane; a hugely important quartet but the expectation will be that whoever comes in will do a good enough job that those absent won't be missed too much.

Securing European competition next season will have a significant bearing upon Liverpool's transfer policies for the summer but Jurgen Klopp is known to be keen to add quality and depth to his squad regardless. He'll have had a list of targets for months now and rumours seem to suggest he'll be looking towards his homeland for reinforcements even if a key target has already decided Anfield isn't for him. Mahmoud Dahoud, a long term target for the club, has chosen a summer move to Borussia Dortmund instead of a move to England but the likes of Christian Pulisic and perhaps even World Cup winner, Mario Gotze remain targets for Klopp.

It does appear that the attacking third is where Klopp wants to reinforce despite the evident need of adding quality to his backline. Liverpool have conceded 40 league goals this season, significantly more than Chelsea and nearly double that of Tottenham - the two teams above them in the league. It's clearly an issue and the two goals James McArthur scored against them in October are prime examples of the soft centred backline Klopp has at his disposal.

If only he had a defender like Mamadou Sakho available to him...

I don't know the finite details of why Klopp refused to use Sakho and to be frank, and I'm sure to echo the sentiments of many other Palace fans when I say, I don't care! That decision and Sakho's availability has been a god send to Palace and quite possibly the difference between us staying up or going down. His defensive organisation has been much welcomed by his manager, team mates and fans and he is, without doubt, a cult hero already. Whether he stays a Palace player beyond the end of this season, Mamadou will always be welcome in SE25; certainly more than it seems he is at Anfield.

Sakho's gone on the record prior to Sunday's fixture and said that while he'll have a foot in both camps, he's aware that Palace needs the points and he's right about that. The wins against Chelsea and Arsenal have taken us a long way towards safety, a 'shock' win at Anfield would all but secure our Premier League status for next season.

A bit like the visit to Stamford Bridge at the start of the month, this is a free hit for Palace. It certainly isn't for Liverpool.