Palace play an in-form Spurs side that just lost to Chelsea in the FA Cup Semi Final -- can Sam Allardyce's side get another title-challenger scalp? Jack Pierce takes a look. 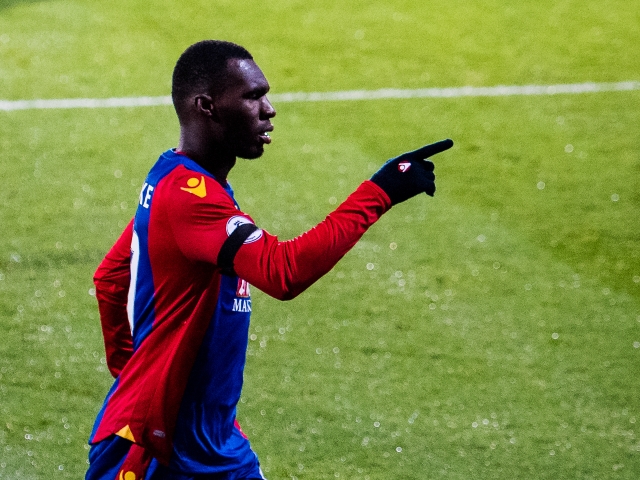 Chelsea vs Tottenham in Saturday's FA Cup semi final was quite a game. Deciding who to support was like choosing between your two children.

Your two children who you hate.

Saturday's semi final at Wembley was meant to be the moment that Spurs put the pressure on Chelsea;   not only kicking them out of the FA Cup but also signalling their charge to the league title. Chelsea's lead has been cut in recent weeks due to defeats against Manchester United and, of course, out lot, and Spurs have impressed taking maximum points during April. There was talk of the psychological impact that a Spurs win would have on both sets of players but after 90 very exciting minutes, Chelsea had booked their place at the cup final and Spurs fans had the despondent walk down Wembley Way to look forward; a walk they've become accustomed to.

READ MORE: FYP Podcast 212 - We review that win at Liverpool and preview the visit of Spurs

On form, you'd fancy Tottenham to have done a job on Saturday, especially when you consider Eden Hazard was rested for the start, but Chelsea were efficient and highlighted why, over the league season, they are ahead of Spurs.

Mauricio Pochettino is clearly an excellent manager. The progress of this Spurs side under his stewardship has been nothing short of sensational but the lack of a major honour is something that is now being discussed. Given Daniel's Levy record for willingness to sell the club's best players (for very good prices), will Tottenham fans fear that, despite the host of contract extensions and lovely photo ops, some of this superb group of players might be tempted away by Europe's powers that be?

While it's unlikely that Harry Kane will seek pastures new and may well end his career a one club man, are the futures of Dele Alli and Toby Alderweireld so watertight? Alli has been regularly linked with a move to the continent this season, with Bayern Munich chief pursuers, and with such talents at his disposal, he will surely want to be winning trophies before too long.

Back to my hatred of Alli quickly. Yes, he's an excellent talent, adapted to the Premier League better than, arguably, any young player in 20 years and has a wonderful future ahead of him. But, I just don't like him. It's irrational in parts but my feeling basically stems from how snide he is. There it is, I said it.

My therapist will be pleased.

Much has been said of Palace's superb run of form and why wouldn't it? It's been incredible!

Sunday's win at Anfield put a spanner in the works of Liverpool's bid for Champions League football and a Palace win, or even a draw, could put pay to Tottenham's title challenge.  The pressure is off Palace, although not mathematically safe, and all the pressure is on Spurs. They could handle us professionally and see us off by two or three or they could forget their lines and become the fourth high profile scalp of April.

Last season’s meeting between these two sides at Selhurst was a corker and in the balance until Dele Alli decided to score the goal of the season. We were well in the game and managed to do everything but score.

It wasn’t long after that the mood around the place started to sour and league wins became just a distant memory. Thankfully, the place is jumping at the moment and a Palace win will be the cherry on the top of the cherry that’s already balancing on another cherry.

Sunday’s result has taken the pressure away from Palace tomorrow night but win lose or draw tomorrow night, the game will be good for something.

It’ll give Daniel Levy an opportunity to see which of Wilf’s limbs he thought he was getting for £12 million last August.