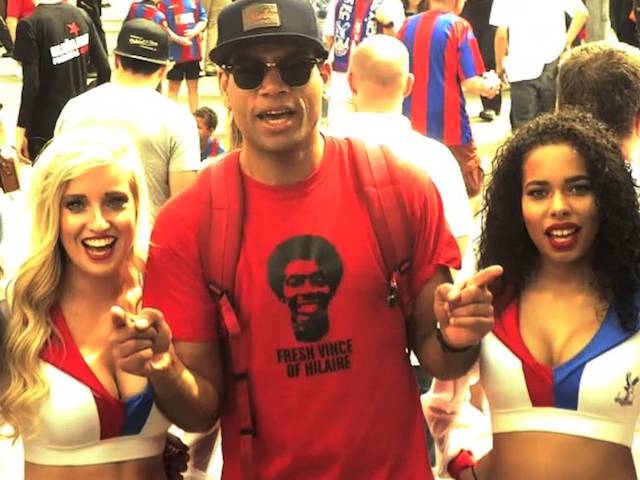 FA Cup final songs tend to be absolute tat but Doc Brown has broken the mould.

Friend of FYP Doc, who has been on our podcast a few times most recently at the start of this season, has penned an unofficial FA Cup final song for Palace, and it's brilliant.

It's a hip hop track about Palace and has some of the best CPFC-themed wordplay you'll ever hear.

There hasn't been an official FA Cup song released by the club, or any word of one coming, but they shouldn't bother as this is as good as it gets.

You can now buy the single here, with profits going to the Crystal Palace Football Club Foundation:

Give it a listen, here: