Wing wizard Andros Townsend has agreed to a move to Crystal Palace, signing a 4-year-deal for a fee reported to be £13m. We decided to catch up with Steve Burn of NUFC360 to get the lowdown on the player. 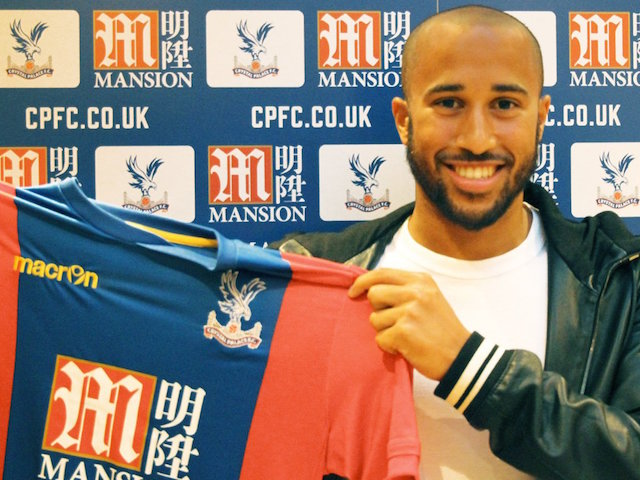 Andros Towsend had an enigmatic spell at Newcastle United. The former Tottenham Hotspur player signed spent just six months at the club in an attempt to secure their Premier League status, and with a few goals, it looked like he would make a telling contribution - providing the impetus to win some of the games needed to achieve safety.

"He was our bright spark of last season despite only signing in January," says Burn, "It's a shame we only had him for six months. He flourished in a struggling team so could do a lot of damage with a side who are competitive."

"Andros has a number of strengths which makes him a top class player. His pace along with his ability to cross the ball and pick a man out as well as cutting inside and hitting a shot at goal is a massive feature of his game."

His arrival at Palace will likely put pressure on Palace's existing wing partnership, he says.

"To enable him to do this his best position is on the right hand side which allows him to take the defender both ways.

"Townsend is a throwback to the old style wingers. He loves to run at defenders, take them on, on both the outside and cutting inside to have a shot. He has electric pace and would fit perfectly in a team that plays on the counter attack, like Palace often do."

MORE: Dwight Gayle leaves Palace for Newcastle - here are his Top 5 goals in red and blue

If there's a problem with Townsend, it seems to be one that many Palace players struggled with last season - fitness.

"He did sometimes look tired in games but that may have been the role he was playing up and down the wing. But he was a regular in the 6 months he was at Newcastle and he was a particular favourite of Rafa Benitez. We really thought we might keep hold of him, because of the relationship they had."

Despite his short spell at the club, the reaction from Newcastle fans to his transfer has been one of disappointment.

"He was our bright spark of last season despite only signing in January", says Burn, "We're absolutely gutted to be losing him."

Thanks to Steve Burn for his contribution to the article.

READ MORE: Crystal Palace Transfer Tracker - who else has been linked with the Eagles?