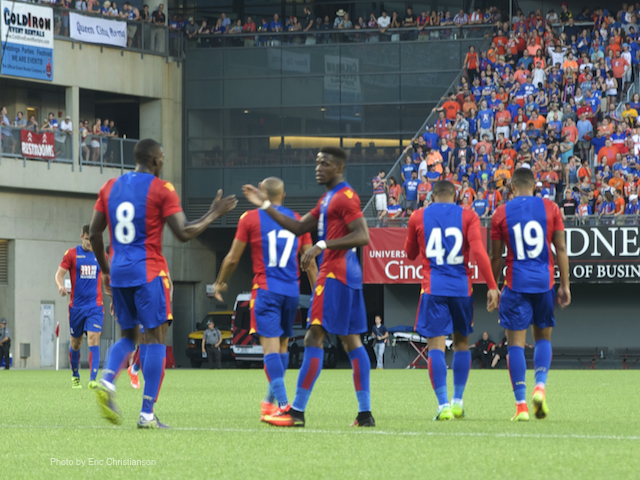 So the tour is over. Palace have completed their pre-season trip to North America and are heading back to England with the Premier League season just over three weeks away.
Alan Pardew's men played three games while over there; drawing 0-0 with Philadelphia Union, beating FC Cincinatti 2-0 and drawing 2-2 with Vancouver Whitecaps to end their tour unbeaten.
But they also did loads more, meeting Palace's USA and Canada based fans, visiting community groups and being interviewed on local TV stations.
But what did we learn from the Eagles' trip over the pond? Here are 5 things.

1. Townsend could be a star

Almost certainly the star of Palace's pre-season so far has been Andros Townsend.
The winger arrived from Newcastle for £13m at the start of July and went straight into the squad for the three games in the US, and he was brilliant in all three.
He was involved in three out of the four goals the Eagles scored on North American soil, grabbing two assists and looked a threat going forward every time.
He could really be a star for Palace this season if he plays like that in the Premier League

READ MORE: What to expect from Andros Townsend - A Newcastle fan's perspective

2. Speroni and McCarthy can still do it

With Wayne Hennessey and Steve Mandanda given extra time off after Euro 2016 it was a chance for Julian Speroni and Alex McCarthy to prove they still have a place in the squad.
And both were superb. McCarthy kept a clean sheet against FC Cincinatti while Jules pulled off a string of excellent saves in both the other games.
It means Palace now go into the season with FOUR first-team goalkeepers, which is the first time we can remember ever having so much quality in goal.
One of them will probably leave we'd imagine - maybe McCarthy on loan - but it's good to see there are options. 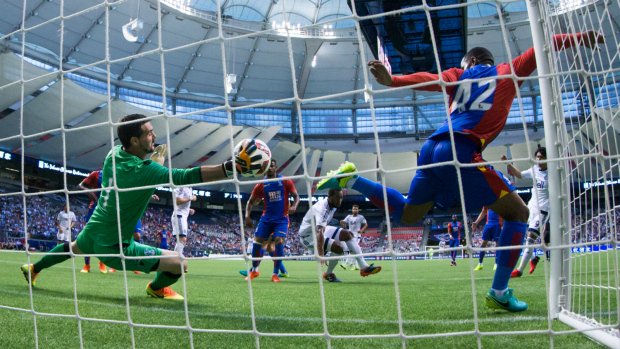 3. A change of formation?

Pardew experimented with a back-three of Delaney, Dann and Kelly for the final pre-seaon game against Vancouver - coincidentally the only game on the tour where Palace conceded.
Can the Eagles actually play this sort of formation in the Premier League or was it a case of needs must?
Pardew has been criticised by fans (us included) for failing to seemingly have a Plan B and Keith Millen admitted after the game they tried the back-three because other teams will be playing like that this season.
But to really make it work the Eagles might need better wing-backs than Jordon Mutch and Zeki Fryers.

4. Don't read too much into friendlies

Palace fans might have expected their side to smash all before them in this tour but they dud remained unbeaten in their three-game tour of the US and Canada and kept two clean sheets.
With Wayne Hennessey, Joe Ledley, Jonny Williams, Yohan Cabaye and Steve Mandanda given extra time off after Euro 2016 there was always going to ben experimental feel to this tour.
But youngsters Freddie Ladapo, Sullay Kaikai and Hiram Boateng impressed when given chances but really we shouldn't be reading too much into any of it.
I mean Fraizer Campbell ended up as Palace's top scorer and he clearly won't be first choice this season, will he?.....Will he?

One thing that is abundantly clear from the tour is Palace's growing popularity across the pond.
A record number of fans turned up to the Nippert Stadium for the FC Cincinatti game; 35,000 in total which was over 10,000 more than the most attended MLS game that week.
The club have clearly been making a large push to grow their audience in North America since US businessmen Josh Harris and David Blitzer bought stakes in the club and it has grated with UK fans at times.
But clearly it is working judging by the amount of coverage the team got while in the States and the number of people who went to ames and training sessions. 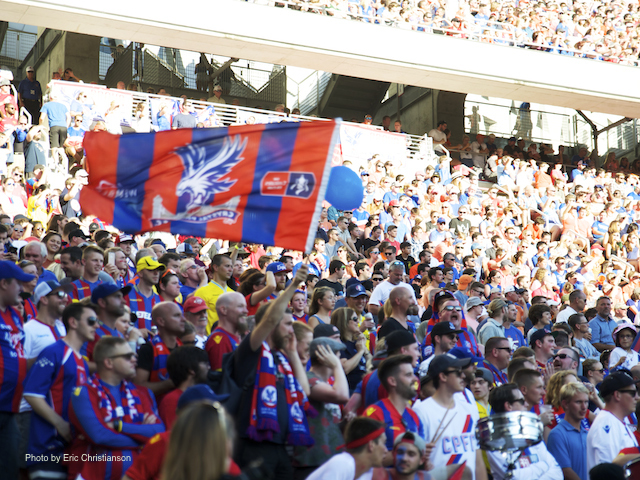