John McCormick; Dedicated, Tough, Scottish. Following the passing of John on Saturday, we revisit a piece by JD Senior. The piece was published in one of the first editions of the FYP Fanzine, at the time known as Power to the Palace, which sums up the player and the man that John was. Rest in Peace, John. 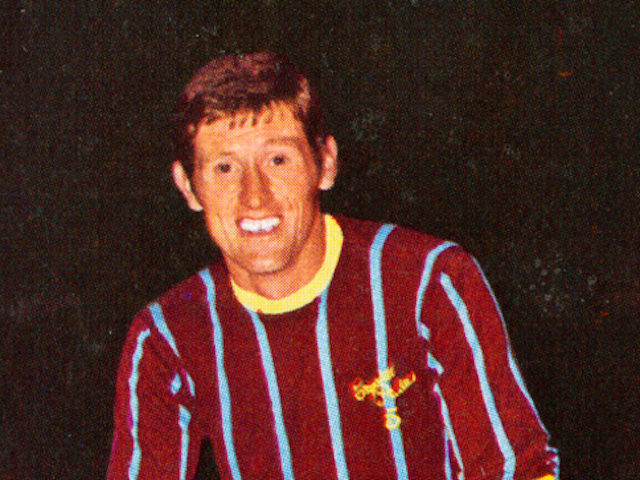 When you remember back over a long period of thirty or forty years it is usually only the brief image of an incident that remains; that brilliant strike or that reflex save. The rest of the football is largely lost in a haze although a feel for the atmosphere might usually remain.

How lucky we are today that most of the matches are recorded on celluloid and can be replayed to freshen the memory. However there is one match from which I can recall none of the football actually played or too much of the atmosphere and yet I still recall one incident almost as though it happened quite recently.

ln late April 1969, after the euphoria of the Fulham game (where Palace earned their first ever promotion to the top flight) I returned north to complete my finals at Liverpool University and so it was that I drove my battered Austin A35 (the one that looked like a cottage loaf) to Blackburn on the evening of 28th April to see the last match of that great season.

The crowd around me were very pleasant and there was one wag near me who spent the entire match, or so it seemed, baiting the Blackburn player Malcolm Darling. whenever Darling came near there would be a shout, that must have been clearly heard by the player, something like "...and for his next trick Darling is going to attempt to pass the ball."

On the next occasion it might have been "...and now he is going to attempt to pass it to one of his team mates." And so it went on. No doubt Mr Darling had a terrible game, as it must have been impossible to keep his concentration with this continuous barrage of ridicule.

I think it was in the second half, right in front of me that, after a tackle as the play moved away John McCormick put his hand on the ground to begin to get up when a Blackburn player (I think his name was Kopel but I cannot be sure) walking past quite deliberately stamped on John's hand. His red hair did not belie John's temper and Glasgow upbringing and, quick as a flash, he was on his feet and had pole axed the offender with one superb hook that Mohamed Ali would have been proud of.

However John was nothing if not honest and he must have known the outcome, after all the incident had taken place right in front of the linesman. Immediately, with no prompting, John started to walk towards the player's entrance and after a quick word with the linesman, the referee almost had to run after John to send him to where he was already headed.

I like to think that the offender was sent off while being carried off on the stretcher but I am not so sure about that.

The image I remember so clearly is that of the referee almost chasing John along the half way line to send him off and John seeming to barely slow his step in the process. As a player John was always passionate and committed to the cause and totally honest with it, and I always feel that the incident in Blackburn and his reaction to it summed up the man completely.

Thanks for the memories John.

Oh and the match.

The record shows we won 2-1. Did we? Who scored? I cannot recall. A surprising footnote to the story was that the FA decided that the punishment meted out to John of being sent off was punishment enough as he had been outrageously provoked whereas the Blackburn player received a ban of three or four matches. As a result he took the field for the opening match of the next season against Manchester United. I cannot believe that the FA could or would take such a sensible approach today.